Big contrast in amount of views

The site is now almost two days in public beta. I've checked the amount of views and see a very big contrast. A few questions are viewed less than 100 times, but some are viewed even more than 1000 times.

I think, this comes mainly from search engines.

Can someone explain why some particular questions are viewed so often and others not?

Here is a list of the most viewed questions:

everything else is viewed less than 300 times at the moment.

On a large site, such as Stack Overflow, the view distribution looks something like this: 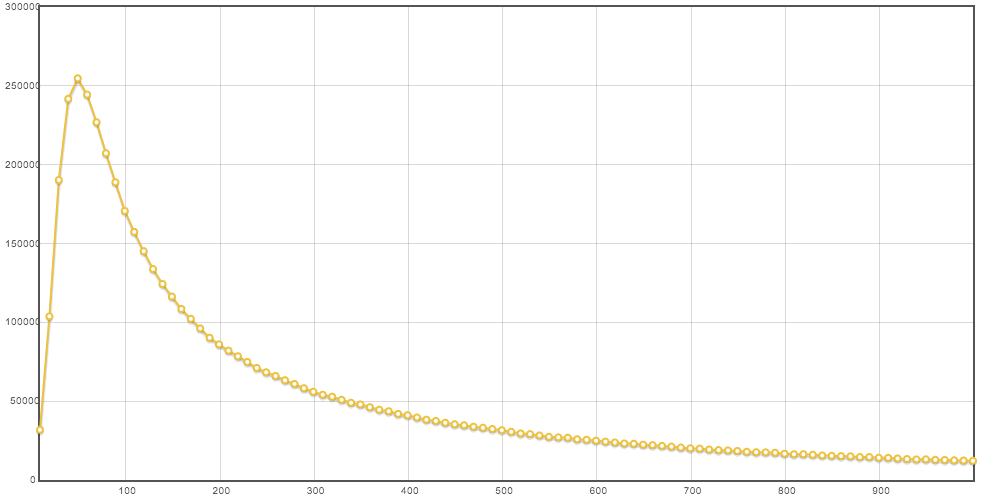 Not surprisingly, this looks something like a Poisson distribution since internet traffic is a classic example of a Poisson process. However, on a smaller sites (say, Parenting) the graph is far less smooth because there's more noise in a smaller sample size. The questions you mentioned are "noise" from that perspective.

Generally question views are independent of each other. As I look at the front page I pick out questions that look interesting based on the title. (Or I might read every question on the site in the beginning.) But other questions I might read because they were suggested to me (and a lot of other people). For instance, a question might turn up on Reddit, Twitter, or the hot questions list. For those questions, views are not independent of each other.

Views on popular questions should follow more closely the power law because new viewers have a tendancy to share the questions with others. These questions are "long-tail" in the sense that a few dominate the Greatest Hits (coming soon to a page near you!). But they tend not to be long-tail in the sense that they appeal to a much larger audience than the contributors to this site.

The early signs suggest that this site will be a regular on the hot question list, for better or worse. That means this community needs to watch out to welcome and guide new users that arrive via popular questions.

Not the answer you're looking for? Browse other questions tagged discussion public-beta .