Connect and share knowledge within a single location that is structured and easy to search.

"Why not" as an answer for "How to" (Promoting best practices) 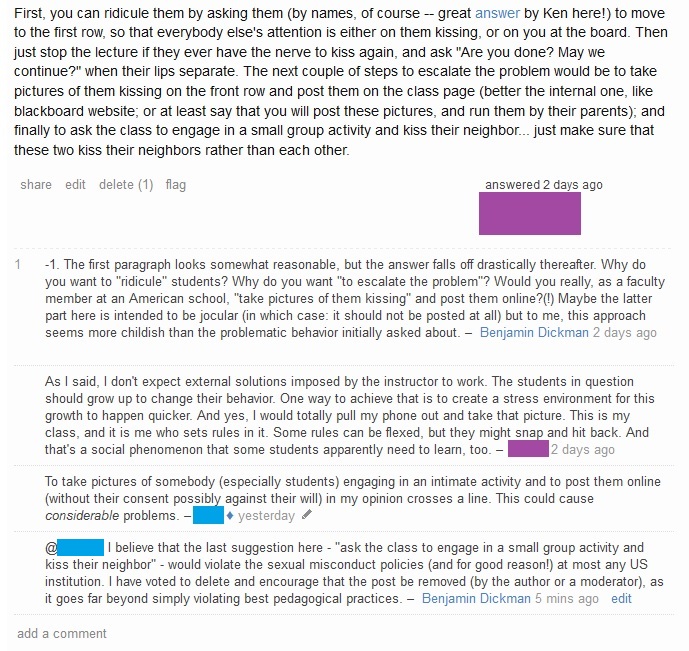 Welcome!
This site is for discussion about Mathematics Educators Stack Exchange. You must have an account there to participate.
Help
Visit chat

8
Why were comments removed from the thread about making math classes "spiritually uplifting?"
18
Kindness for the question askers
14
How can we increase the number of quality questions asked on MESE?
7
Evolving views on one's own accepted answer
3
Editing a Misleading Title
2
What are the guidelines to consider regarding whether or not users here should refer a question, or its asker, to math.se?
5
Q&A for the 2019 Moderator Election
3
How do I ask a good question?